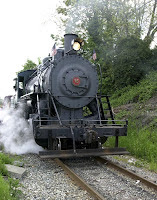 My first moment at Denver International Airport (DIA), I spend trying to turn on my cell phone while still in the plane and before being given permission . . . I wasn’t following the rules, but, I mean, we were on the tarmac and were almost to the gate?! What I forget is that one has to turn it OFF in silent mode first – then when you turn it on hours later, it is STILL in silent mode. Busted; by the familiar signature tone of Verizon powering on. Turns out I don’t need to be in a hurry, Jed’s IM says he is stuck in some Boulder to Denver traffic.

Quickly leaving the plane since I’m in a hurry, as this is my habit; my breath is a ragged steam engine in dire need of a tune-up. The altitude hits me more this time than the last, and I hear my heart beating in my ears. Thirty years ago, driving cross-country with my mother Jocelyn, to Colorado State University, I never even got winded. Perhaps this was due to being young and in shape or the fact that we had driven nearly two days straight to get to Fort Collins and were partially acclimated. The extra effort to breathe in 1977 however was rewarded with the loss rather than gain of the “freshman ten”. In 2008, however, holding my weight steady is my prize.

Jed barrels up to passenger pick-up in what looks to be a gray jeep . . . could be a white jeep, maybe a black jeep? I can’t tell as the detritus of years of travel is still clinging to the frame. The only washing this grad student’s car gets is from the rare rain that buffets the jeep body as it cruises down a mountain pass. The twenty-something girl standing next to me does a double-take as Jed, looking like Jesus incarnate, gives me, the average, middle class American Mom a huge hug that lifts me off my feet.
Posted by Leslie at 8:33 PM